Read Beverly’s New York Times Op-ed, “Why ‘The Graduate’ Is a Vietnam Movie.”

And check out Beverly’s LitHub.org piece, which speculates on the possibility that Benjamin Braddock of “The Graduate” fame might someday follow in the footsteps of his creator, the late Charles Webb, and reject the rules of society altogether.

Here’s “When Apollo Went to Japan,” a piece published by Beverly in the Smithsonian’s Air & Space Magazine. In it she reminisces about her wild and crazy days as a Japanese-speaking guide in the U.S. Pavilion, Expo ‘70, Osaka.

The Washington Post Magazine featured “How a Daring Designer Left a Mark on Fashion with his Topless Bikini,” Beverly’s centenary tribute to style provocateur (and covert gay activist) Rudi Gernreich. 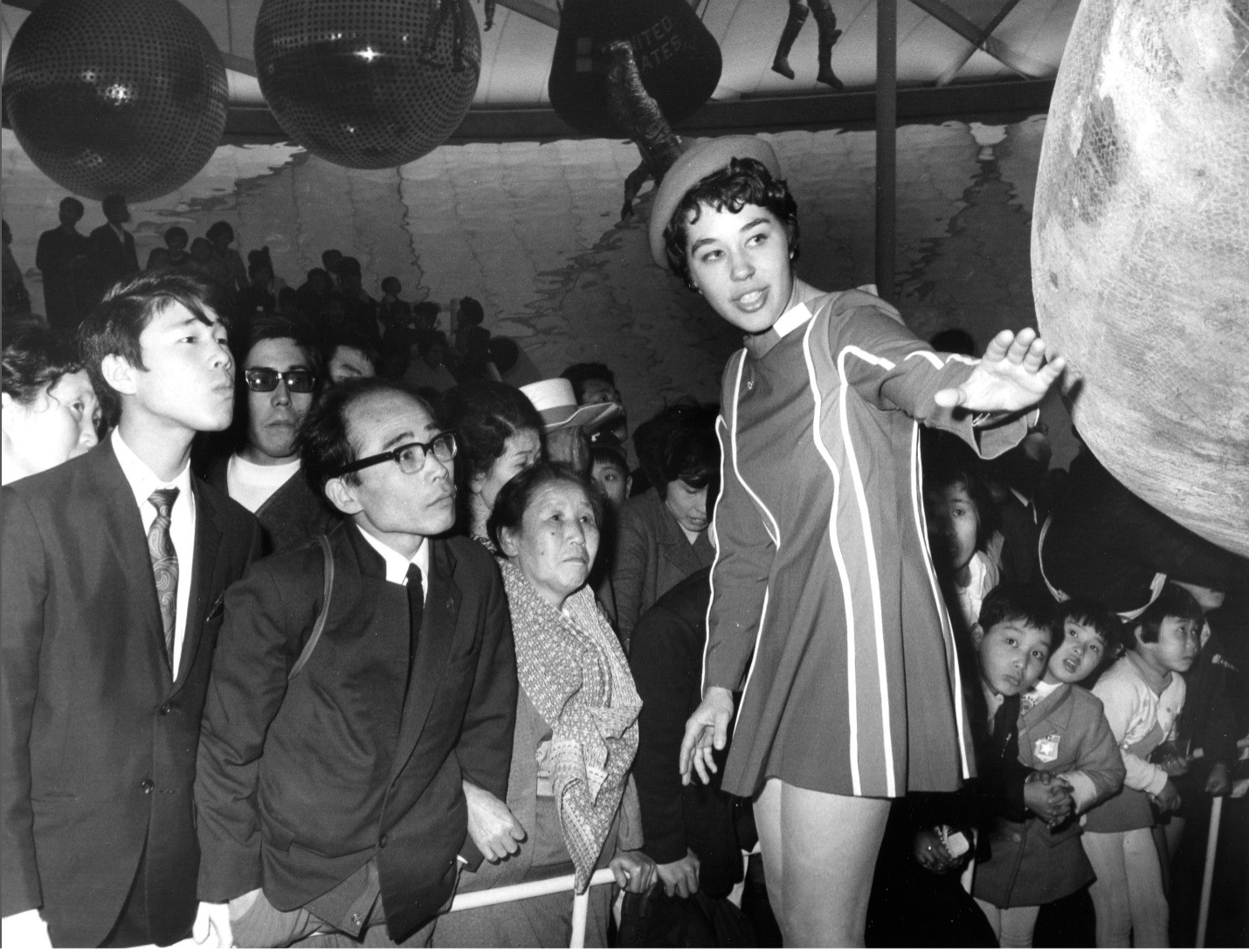 From “When Apollo went to Japan”

On Carl Rollyson’s A Life in Biography podcast, Beverly recalls her personal connection with Roger Corman and Ron Howard.