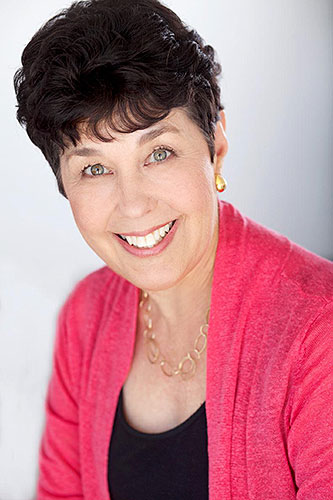 Beverly Gray has spent her career fluctuating between the world of the intellect and show biz. As she was completing her doctorate in Contemporary American Fiction at UCLA, she surprised everyone (including herself) by taking a job with B-movie legend Roger Corman. At down-and-dirty New World Pictures, she edited scripts, wrote publicity material, cast voice actors, supervised a looping session, and tried her hand at production. She collaborated with such rising directors as Joe Dante, Jonathan Demme, and Paul Bartel, and thought up the twist ending to a cult classic, Death Race 2000.

Leaving New World for academia, Beverly also found time to write about theatre and film for Performing Arts magazine, Theatre Crafts, The Los Angeles Times, and The New York Times. Then Roger Corman beckoned once again. Beverly went on to spend eight years at Concorde-New Horizons Pictures as Corman’s story editor and development expert, overseeing the making of 170 low-budget features. Some of these were family-friendly, others decidedly not. Along the way she earned six screenwriting credits and played several cameo roles, in all of which she kept her clothes on.

More recently, Beverly has returned to both teaching and journalism. She has covered the entertainment industry for The Hollywood Reporter, and leads screenwriting workshops for UCLA Extension’s world-renowned Writers’ Program.

Beverly is a popular speaker both at home and abroad, on topics ranging from the art of biography to the secrets of low-budget filmmaking. Her most recent book is Seduced by Mrs. Robinson: How The Graduate Became the Touchstone of a Generation. Its publication in November 2017 coincided with the 50th anniversary of this landmark film, which is beloved by Baby Boomers for capturing their view of the adult world that in 1967 they were poised to enter.

For a dozen years, Beverly has written a popular twice-weekly blog, Beverly in Movieland. She has also starred in the blogs of others, like Craig Edwards’ award-winning movie and pop culture site, Let’s Get Out of Here.  This in-depth interview is punctuated by vintage photographs, some of them just a trifle embarrassing, but it’s all in good fun.